On Monday, November 8, the La Verne City Council held an adjourned session to hear a
presentation from the recently hired Fire Chief, Christopher Nigg. Chief Nigg provided an overview of his assessments on the various aspects of the Fire Department’s operations as well as recommendations for improvements throughout the Department.

Chief Nigg entered his role as the Chief of La Verne’s Fire Department on August 30, 2021. As part of his presentation, he described the issues he has noticed in his first 10 weeks as Chief. According to Chief Nigg, 90% of the challenges he outlined, which includes department morale, staffing and retention, automatic aid inequity and other various operational inefficiencies can be addressed with his proposal while also providing a long term and sustainable fire service model for the City. In fact, while the proposed plan has a net annual cost of $298,000, it is also estimated to potentially bring in an additional $600,000 above previous City estimates.

As part of the recommendation, Chief Nigg suggested the creation of 12 EMT “Ambulance Operator” positions who can operate emergency vehicles and provide basic medical care. These ambulance operators would staff rescue ambulances 761 and 762. By doing so, firefighter/paramedics, who have more advanced training, will be freed up to respond to more critical emergencies. This aspect of the Chief’s proposal will broaden recruitment efforts for ambulance staff as well as provide the City with revenue to continue fire operations.

Another aspect of this plan includes reclassifying firefighter positions to include new captain and engineer positions, moving heavy firefighting apparatus closer to the City’s expansive wildfire threat. This would enable the City to safely reopen Fire Station 3 on Esperanza Drive with a paramedic fire engine while still utilizing the current number of firefighter personnel. Reclassifying the two positions will provide the Department with immediate succession planning and career growth depth within the organization. Fire Station 2 on Wheeler Avenue would remain staffed with a paramedic fire engine and Fire Station 1 on Third Street would be staffed with a paramedic quint ladder truck. This truck would service the majority of the City’s multi-level buildings, including the University of La Verne.

“The City has already committed significant investment in its Fire Department, as illustrated in my permanent hiring as the City’s Fire Chief, the initiation of the Standards of Cover Analysis as well as the expenditures incurred to supply the Department with the necessary equipment,” said Chief Nigg. “This is actually one of the best-equipped departments I have been exposed to throughout my career. However, I take the Department’s current challenges very seriously, and it is my intent to provide the highest level of protection to this community while also giving our firefighters the tools to professionally and safely provide that protection.” 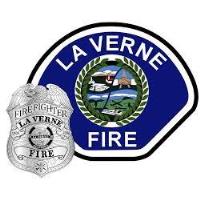